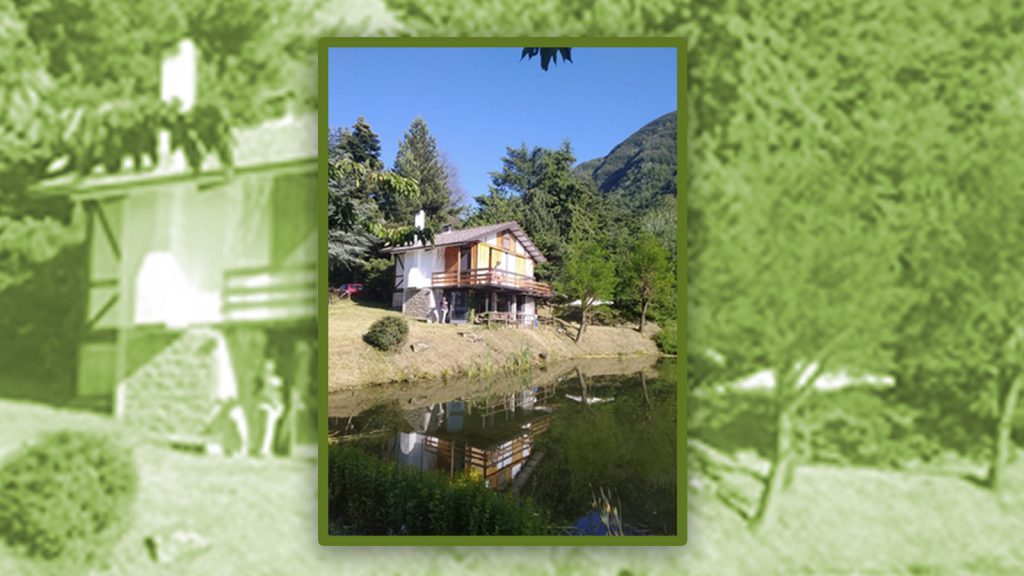 Guest blog by Elena Piani, from Piani Projects in Italy

Together with a group of friends, we gather once a month to share our personal experiences in relation to a theme. Our last gathering was in the peaceful setting of the Casentino Valley in Italy, where, surrounded by the powerful green of thousands of chestnut trees, we agreed to experience the theme “how do we reach important decisions in life”.

The theme was brought to us by Simon*, a Benin refugee who escaped 3 years ago from his homeland, leaving behind his wife and three children, in the hope to build the foundations for a better life.  Once settled in Italy, he could have then proceeded with the “family reunification”. During these last 3 years in Italy, Simon managed to learn Italian, find a job, integrate into society, as well as create a living for his whole family. He was ready to reunite the family, but the Italian bureaucracy was taking ages.

While waiting for this paperwork, and for the eighth year in a row, Simon tried applying to the USA Green card lottery, with no luck until this year, when his wife tried on his behalf. His wife was the one who received the official USA communication that they won the lottery! His wife was so excited, that she accepted the nomination and chose New York without consulting with her husband, who meanwhile had also received the paperwork from the Italian government. Problems of mistrust and miscommunication started, the couple started to crack, mainly because these life decisions are to be taken together as a family, not alone.

With all these emotions in motion before our friendly gathering, it was important for Simon, to use our gathering to get us all to share our personal experiences, and probably also to get some clearance on his feelings and support for his final decision: to join his family in USA and risk not succeeding after one year (green card coverage) or to push for his family’s relocation in Italy where his life is stable.

For our working session, we regrouped in groups of three to share our personal stories on decision-making, and we also had to prepare a sketch. The afternoon was remarkably interesting.

Despite our positive experience as a group, I could feel Simon needed further sharing and clearance. I asked Simon if he was happy to have a quiet moment for himself where I would share with him a playful yet serious game, the “Ideal and current reality workshop” using theCCS image cards. He was incredibly happy to sit and to start imagining what is and what could be.

He shared one card at a time, sharing his interpretation and feelings. As he shared, his eyes brightened up. With the aid of the visuals (images) he was “seeing” the expression of a bright present.

Simon chose the first 5 cards representing his current reality, and then 5 cards representing his ideal reality. He shared one card at a time, sharing his interpretation and feelings. As he shared, his eyes brightened up. With the aid of the visuals (images) he was “seeing” the expression of a bright present. Soon after, he started sharing his ideal reality, and each image was becoming progressively real to him, he felt he was already touching his future!

He was not complete, he asked permission to move the cards around, which of course can be done. He decided to move the “ideal reality” images to the right of his “current reality”, all in a row. Taking his time to observe the chosen images, his energy level picked up, he was feeling lighter and relieved. His body language changed to a much more open posture and he smiled. He was accepting (with all mind, heart, and body) the choice his wife made on their behalf and he started projecting “their” life in New York as “one” family.

I indulged and asked him if he wished to go through the cards again and find an image which would represent an “enabling” card to make the ideal be reality.  He chose a card that for him, represented “confidence”. He expanded and shared that he needed to have more self-confidence, as well as trust in this family decision, which was no longer his wife’s decision alone. By the end of our session together, all negative emotions had disappeared, he was ready for his ideal present. His heart was full of gratitude, and all bitterness towards the situation and his wife was removed. He was so thankful to the CCS methodology and cards, that he asked to buy the cards and use them to unveil his emotions and improve his communication in the future.

Simon did not feel alone anymore and was now clear on what needed to be done.

Elena Piani is a professional with 19 years of experience in communication, marketing and human resources. I worked in consultancy for business management (EOS and KPMG); at several multinationals (such as General Electric, Merck Serono, SkyCity, British Airways); and political and diplomatic institutions (Public Health Agency of the Lazio Region and Embassy of Israel to Italy, Malta and the United Nations Agencies in Rome for Food and Agriculture).
See all
error: Content is protected !!
Scroll To Top