How are CCS Cards used by facilitators and coaches around the world to help them do the job they were brought in to do?

Facilitator and coach, and Certified CCS Practitioner, Natasha Facci, talks about how using CCS Cards to create psychological safety led to deep sharing of lived experience between participants that completely surprised the CEO of the organisation.

Sian Mertens, Organisational Development leader and coach, talks about how she used CCS Cards as a key tool to help rebuild trust between team members experiencing intense friction coming out of COVID lockdown. 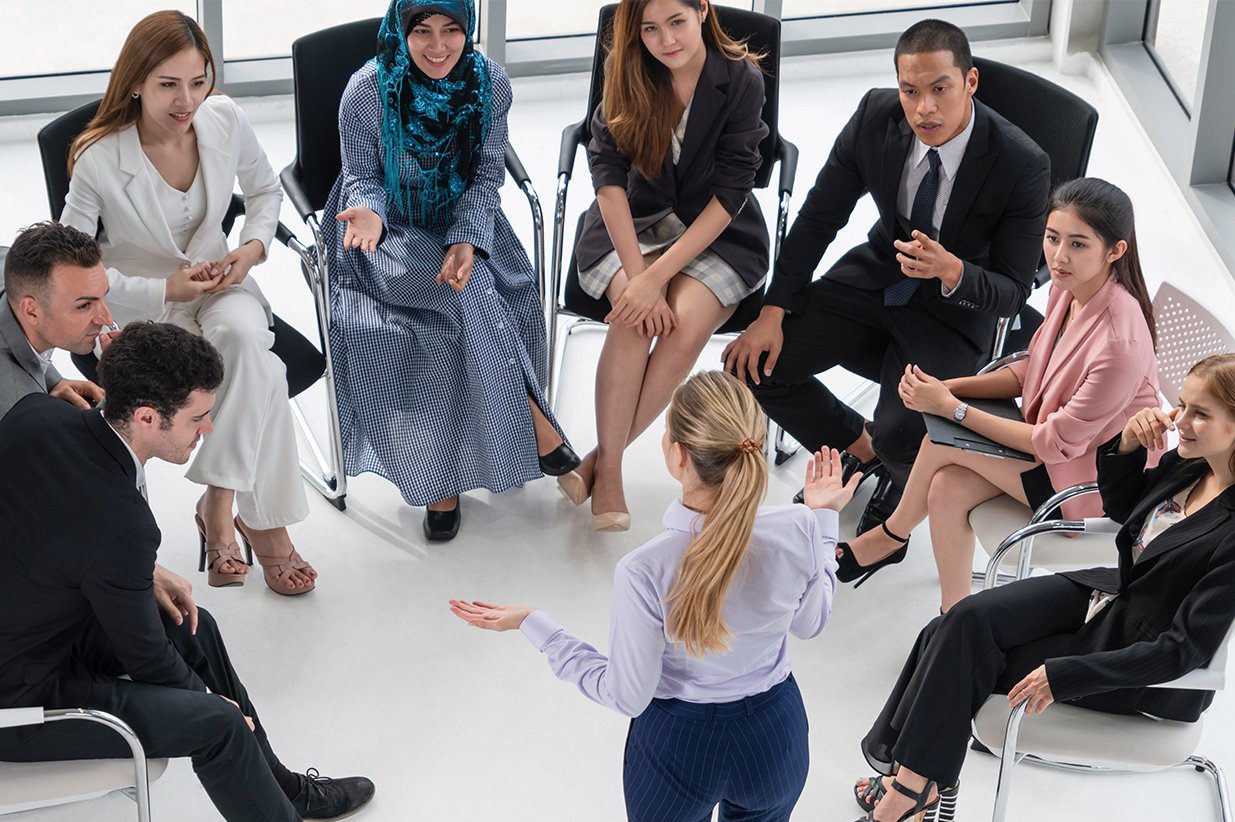 Building trust in a team

The situation:
I was required to facilitate a session of 20 participants on how to better manage conflict and difference when it arises in the team — trust was pretty low in the team at present. I had a plan for how I was going to use the CCS cards but at the last minute, I had to unexpectedly change the second activity.

Outcome:
"They (independently of me) decided to create a five-step conflict management plan that they then all agreed to follow. They were so impressed with the cards and the process."

I started working with the group after lunch and the cards really helped to avoid the usual post lunch slump.

The first thing I asked them to do was to think of five important people in their life and then go through their packs to find cards to represent how they might describe you. They were then paired up to share their cards and this was followed by each person introducing the person they had just learned more about to the whole group.

The group loved this activity because although most of them knew each other quite well, they ended up gaining a deeper understanding of what was most important to each of their colleagues.

The next step of this activity was to discuss the differences and similarities that were evident between all the stories. The list of similarities was long and the list of differences was short. A perfect outcome when you are working on increased connection.

Part 2: a change of plan

I had been planning to do a second activity that would help them define their ideal team, but the morning session run by someone I not previously met, had more or less done that.

In groups of five sitting around a table, they were then asked to agree on five things that they would like to see happening when conflict arose within their team. The next step was for the whole group to form a (COVID safe) circle standing around their small group sets of five.

Again, they were asked to create a single set of five and off they went. They (independently of me) decided to create a five-step conflict management plan that they then all agreed to follow. They were so impressed with the cards and the process that we then talked about how they could continue using them when the team is consulting and collaborating in the future. 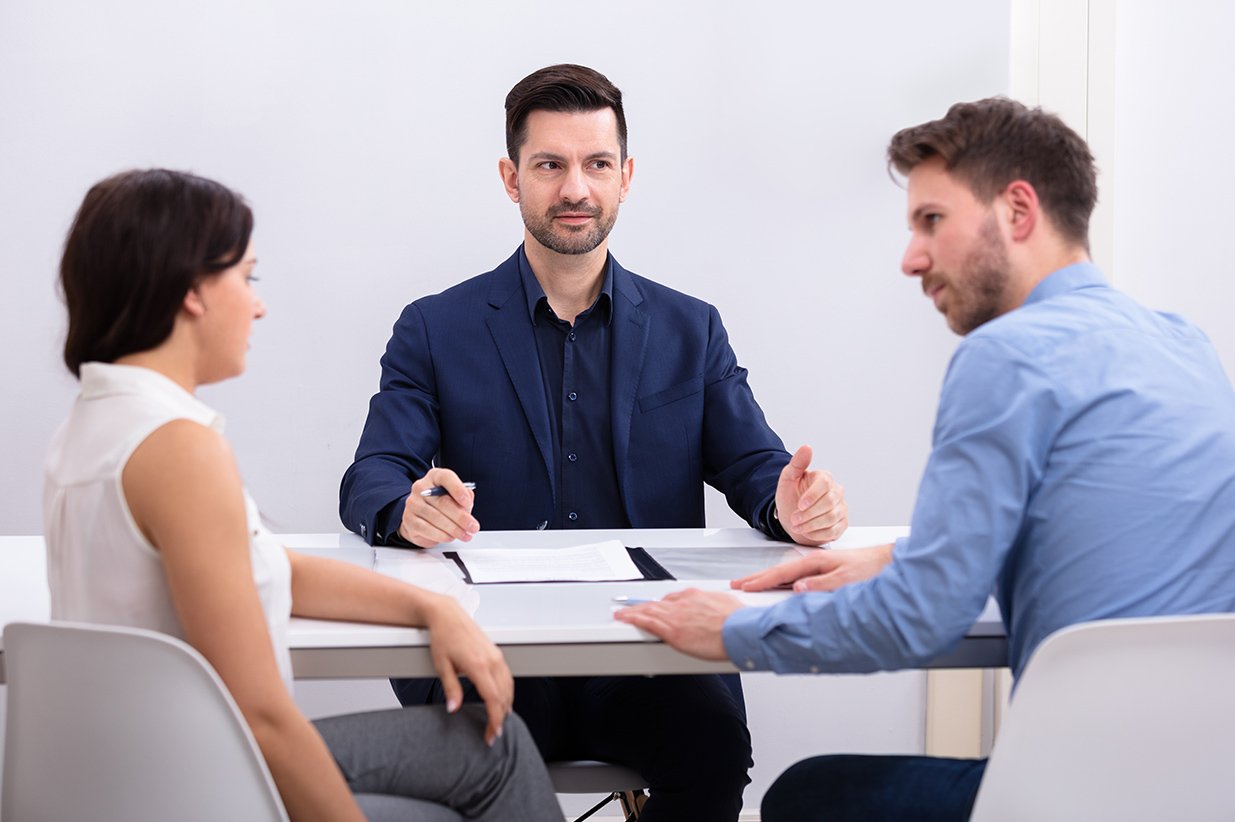 The situation:
A coach called in to run a mediation session between three work colleagues experiencing strong conflict.

Outcome:
"SUCH AN AMAZING SESSION! Got to say that your cards saved my bacon again Leonie!"

What did the coach do? Expand

I started with upside/downside – which brought out some interesting facts about their personalities and some of the difficulties they’d been facing were linked to these.

Then I asked them to pick 4 cards related to how they had been feeling about this situation in the past couple of months.

Amazingly – all three chose the same first card! They had an amazing conversation and talked about their workloads, being in lockdown, the tension and pressure in the organisation and also shared some of what had been going on for them personally.

I then asked them to choose 4 cards to help describe the solution as they saw it… again they all chose one card that was the same… the one with the two girls helping each other on the rocks. This led to another great conversation about perspectives, understanding priorities, and how to work together. Then we talked about giving feedback regularly and not letting things escalate.

Finally, I asked them to chose a card to show an action they would take between now and our next session in two weeks — all different, but amazing answers. One said "courage", one said "taming her tone", and the other said "saying thankyou and being grateful to others."

SUCH AN AMAZING SESSION!  Got to say that your cards saved my bacon again Leonie!

The situation:
An in-room session for a team of 9 to help everyone open-up and get ready to participate in the planning day. The VFE was used to easily give everyone a (virtual) pack of CCS Cards.

Outcome:
"One of my team mates in her late 40s said she has done many team games over the years and this was the best she had experienced."

I did a short presentation that I put together about the cards and why image cards before I started and then I did:

"Think about an excellent team you have worked in before, where you brought out the best in each other."

"Pick a card that represents your partner and explain why."

It was a great way to open people up in preparation for the planning  day and I got lots of good feedback. One of my team mates in her late 40s said she has done many team games over the years and this was the best she had experienced.

PhD researcher, Monique Potts, talks about using CCS Cards with students to give them a way to comfortably share their views and work together.

Power to the images! Using CCS Cards in Italy. 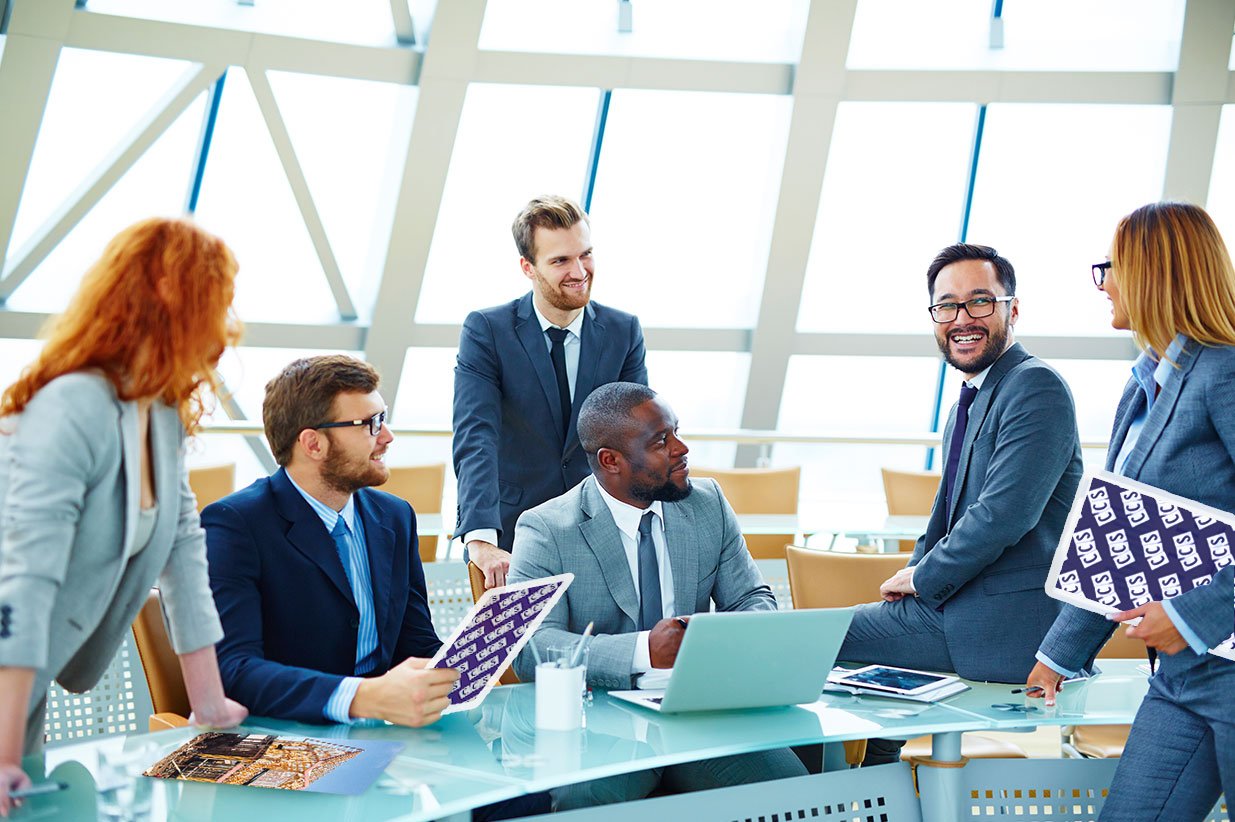 The situation:
Develop company values that are current and relevant. A selection of employees from different departments in the organisation brought together for 1 day to formulate the company values.

Outcome:
"This session absolutely nailed it. We went on a journey and came out the other side with fresh values that we 'own' and will commit to." 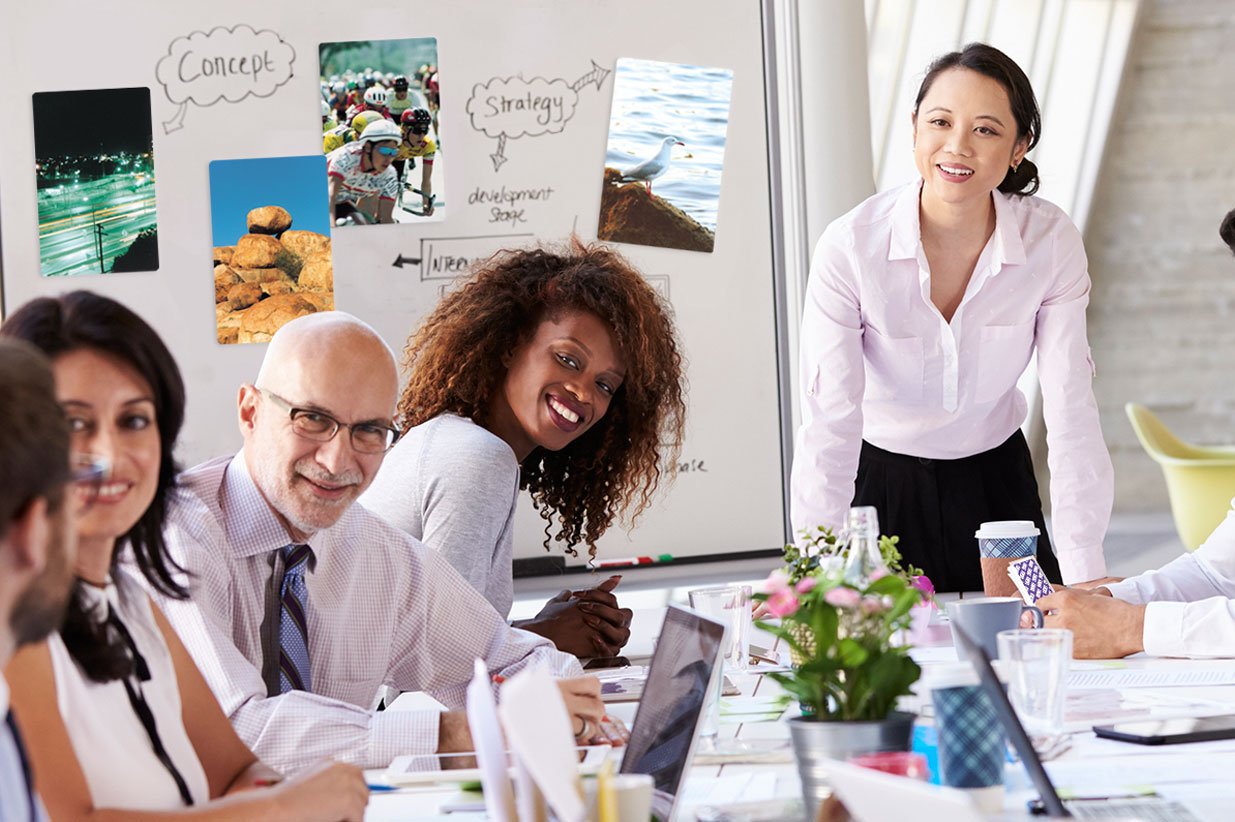 The situation:
A customer service team, 2 day retreat. Half the team knew each other already, half were relatively new. The challenge was to connect and plan for the busy year ahead.

Outcome:
"Stunning! The environment has settled. Here we are at our busiest time of year ... and this team is humming. They are more open and trust each other." 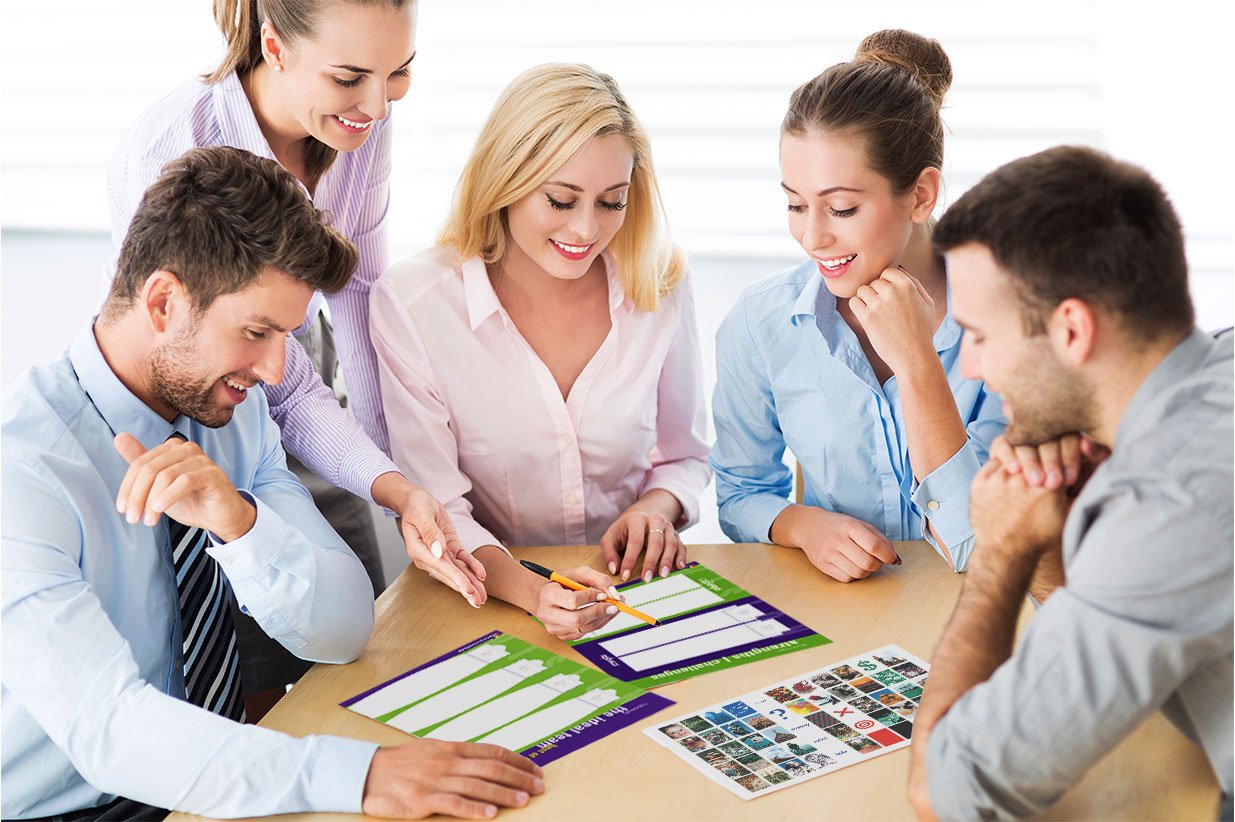 Outcome:
"One of the best team building sessions ever! It has helped us to pinpoint our strengths and weaknesses and provoked a high level of involvement – especially from the quieter members of the teams."

"I have told you more in these 5 cards and these 5 minutes, than I have shared with friends I have known for years!"

"We wouldn't even think about running a program without the CCS. It just feels flat without it!"

"Most importantly the CCS enables you to achieve an outcome of shared understanding more quickly than traditional dialogue."

"The level of disclosure and sharing we are able to get with the CCS cards in the first 90 minutes of our program used to take a day and half!"

[Note: While all the examples above are taken from real field cases as told to us, some of the accounts may include abbreviated methods and CCS topics that could be more optimally worded. Stock images may be used in some cases where anonymity is required.]