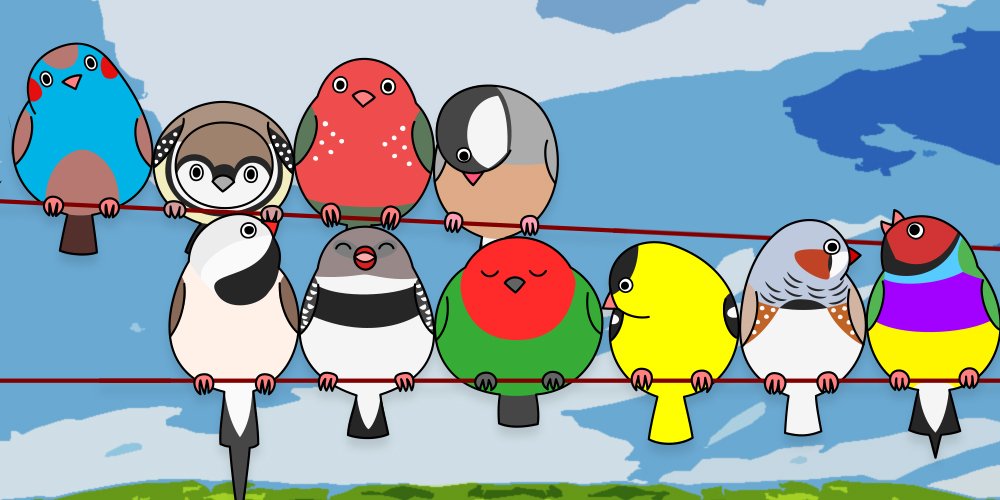 Opposites attract, or Birds of a feather?

If you are like me, you probably find these kinds of generalisations applied to relationships, somewhat troublesome – too inconsistent to really be useful. I mean, they can’t both be right, can they? Either two people described as “opposite” are attracted to each other specifically because of their oppositions, or they are not. In which case two people who are of a feather – flock.

A bit of a scan of studies and opinions (beautifully summarised here and here) suggest that typically opposites don’t. It seems that people are attracted to people who are like them. So, it’s birds one, opposites zero! Very satisfying. (I am sure the debates will continue).

This makes sense. As Clifford Nass, wrote in The man who lied to his laptop (a personal favourite),

“… the more similar two people are, the more probable it is that they will like, trust, and respect each other.”

And, I guess … they attract, or connect. It doesn’t mean they have to fall in love, but they will most likely get along better.

What does this mean for teams?

Much has been written about the pros and cons of encouraging what we might call, in this article at least, “opposites” in teams. There are definitely positive outcomes, but it’s complex, nuanced and still being understood. Two important areas are: diversity in team membership (age, gender, cultural, ethnicity), and the wilful encouragement of constructive conflict. Both provide a sort of “unlikemindedness” (I made that up) that can lead to outcomes such as increased creativity, knowledge, responsiveness and productivity — though not necessarily in a straight line — extra effort is often required and factors such as whether the team is collocated or remote may impact things a bit.

As this metastudy summarises:

“[Studies] reinforced that deep-level diversity is associated with more creativity due to its relationship with higher information diversity. This effect is moderated to be (more) positive when the team is collocated or is engaging in a task with high interdependence.”

There seems to be an overriding paradox here: we want, maybe need, our teams to comprise of “opposites”, while also needing everyone to trust and respect each other – ie be a bit more like birds of a feather (let’s call them BOAFs).

So what to do?

“You can leverage existing similarities, no matter how small or seemingly irrelevant, to build a team.”

You don’t actually have to be the same as each other – any similarities you find that you share will contribute to increased trust and respect. Just wearing the same team t-shirt or wristband or having a team name, makes a difference.

Known as the, similarity-attraction effect, studies show that, in general, people tend to prefer to affiliate with people who share similar attitudes to themselves. You don’t always have to like who you work with, but people do tend to like, get-along-with and help out, people who are like them (and, incidentally, who like them).

So, where possible, team development should include opportunities for team members to identify things about each other that they genuinely share in common. This will build trust, loyalty, and cooperation. In addition, research indicates that these kinds of structured conversations designed to promote mutual sharing of experiences and views can lead to an increase in empathy and a reduction in prejudice.

CCS Cards and the similarity effect

Identifying similarities has always been a natural consequence of CCS Cards (right back to its roots in the board game we created, Compatibility).

Almost by default, CCS activities encourage participants to genuinely share their lived experiences and hear those of others, even in a training room session. This makes it easy for people to uncover similarities and find common ground. When participants select the same CCS card for the same reason, or the same card for a different reason, or even different cards for the same reason, these are natural opportunities for creating team identification or camaraderie – that, as Nass has shown, can be almost as powerful as genuine similarity.

So, if you are looking to help your teams tap the benefits of “opposites” and connect like BOAFs, consider giving each team member a pack of CCS Cards and flock around the table or virtually over Zoom.

PS: As a little aside, I think that the debate about opposites and feathers is probably nuanced a little according to the factors you are using to characterise “opposite”. For instance, maybe two people look to be opposites because they have quite different public interests, but actually share core needs that keep them together (see needs vs wants).

Posted in Collaboration, Using the CCS

Craig is co-founder of CCS Corporation, co-developer of the CCS, a designer, educator, product developer and award-winning game maker.
See all
error: Content is protected !!
Scroll To Top